This is a bit long but…

I guess I will just have to mention my brief GMing to the brazilian police death squad.

Everything begun at my local gameclub (by local I mean the only one in a 4,000,000 people city) some five years ago. This club was run by a fellow hobbyist on weekends, was located at a big avenue and had a large ‘Camelot’ plaque hanging over the door with the picture of a knight. Needlessly to say it attracted a lot of curious people. Well, at the end of a Saturday afternoon of particularly intense WEG Star Wars playing I was approached by this timid skinny guy in his late twenties. He had been watching the entire session and was almost apologetic about coming forward to talk to me. Anyway he lived just 3 blocks away and he loved “games”, so he wanted someone to GM a game for him and his “work colleagues”. They had never roleplayed before. He seemed a nice, clean, eager-to-play guy, so I invited him and his buddies for a AD&D game in the club, the following night.

Nothing would have prepared me and the other player (the club owner) for the cast of foul characters arriving at the club the next night. Just to contextualize the many non-brazilian readers in this thread, there are two kinds of police in Brazil: the semi-illiterate oppressive superviolent military police, and the corrupt immoral wiseguy detective/mobster types from the civilian police. These guys were the second type.

These four men (the skinny guy only showed up later) were villain prototypes and had intimidation skill points worth entire 20th level characters. Even when they nicely said hello they had menace written all over their foreheads. It was night, but they were dressed like beach tourists, wearing soccer team t-shirts and sandals. There were so much male jewelry as to make Mr. T look like a girl playing child´s bijouterie. All of them had pistols attached at strategic holsters in their bodies, at least one of them had knives, and all of them were anxious to play the nice “game of dice”.

I should see the size of the problem when a huge black man put two bottles of smuggled whisky on top of the table we would play. He seriously asked me if that was booze enough for all of us (two bottles for 7 people). I replied I didn´t drink. He said he would freeze the liquid for me to eat it and his mouth opened in a big smile filled with golden teeth.

Anyway the quarreling began when I showed them the pre-gen characters. All of them “wanted to be the master”. There were also quarreling about who would get which character (they were choosing by the pictures). But that was mild quarreling and they calmed down as their heavy drinking and joint smoking ensued. Oh, and they also loved the dice.

The game finally began at the tavern where I had planned the characters to meet and the players to familiarize themselves with the blessed and (to them) newly-perceived freedom a player has in a RPG. They caught on fast enough with IC dialogue, and besides the incessant joint passing and abusive drinking the players were concentrated, with cellphones turned off and all.

That´s when the prostitutes arrived.

Unknowingly to me and the club owner, skinny guy had arranged for two prostitutes, old acquaintances of these guys, to meet at my friend´s gaming club. Things went downhill from there, with the women disrupting the game and the telling of IC mixed with OOC murder stories. By this point my friend made the second mistake of the evening, trying to stop the game by telling me he was late and had to close the club and stuff. The murderous cops didn´t take his intentions well, and started to get all serious and quiet, trying to intimidate my friend. After all, he wasn´t being a nice host, since they had brought the booze, the girls, the drugs and the guns, and they were not going to leave before knowing “who won” anyway, since everyone of them had (of course) bet 50 bucks his character would “win”.

So I wrapped things up by having an all-out combat between the characters, while a detective banged one of the girls against a wall 4 feet away. The winner got 200 bucks and a knuckle-duster, they all had a blast and left me and my shaking buddy glad we were left alive . We never saw any of them again, not even skinny guy.

Maybe not too creepy, but then again my experience is limited. 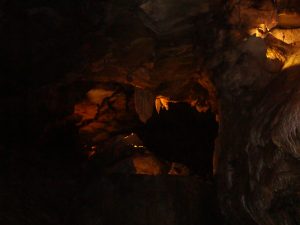 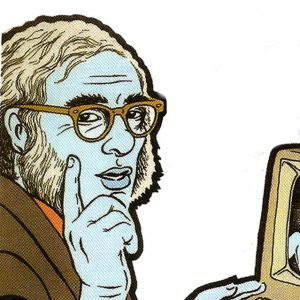 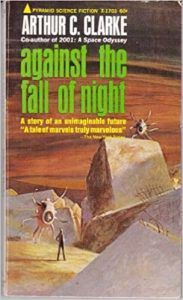